Photo of Belinda from Wikipedia

Are you ready?!!! Some last-minute details have been released, in order to build anticipation for this major event, Carnavál Internacional de Mazatlán 2014, Litoralia!

Belinda, yes the Belinda who duets with Pitbull, is confirmed to be on the Pacífico float in Carnavál this year. The Burning of Bad Humor this year will be Lucerito, the actress who infamously went hunting with her partner for endangered animals, despite the huge outcry to burn Predial for its billing fiasco. 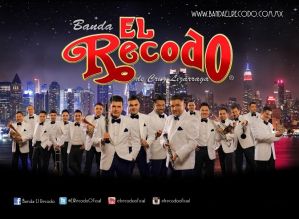 While the light parade and fireworks on the malecón that traditionally take place Monday night appeared in early CULTURA announcements, it seems that they indeed will not take place this year. In some places it has been announced they will take place in Olas Altas (party zone). My guess is that the change is due to the addition of the Banda El Recodo and Los Recoditos concerts on Monday and Fat Tuesday, respectively. Both concerts are scheduled to start at 10:00 pm. This means much more music than ever this year!

This year we lost our beloved Carnavál-meister, Maestro Rigo Lewis. Maestro Jorge González Neri has made a sculpture of Rigo, and it will appear in the parade ahead of the Queen of Carnaval’s royal float, in the same position that Maestro Rigo walked every year.

As I’ve mentioned previously, we will have a Japanese float and comparsa/two dance troupes this year, with over 120 dancers! They will dance Japanese festival style, to a mashup of Japanese traditional and salsa music, to celebrate 400 years of Japan-Mexico diplomatic relations. Banzai!

The main parade begins on Sunday at 5:30 pm from the Fisherman’s Monument and heads north to Valentino’s/Rafael Buelna. Chairs, tables, and bleachers are already lining the malecón. Lorena I, Queen of Carnavál and her entourage—including princesses Siu Ying Audelo, Daniela García and Harriet Vázquez, will be decked out in homage to Rio’s Mardi Gras. The Floral Games contingent, headed by Queen Marcela I and including the princesses Harriet Carreón and Pamela de la Vega,will pay tribute to the Carnavál of Venice. Adolfo Blanco, the King of Joy, will head up a group of floats and dancers celebrating the Carnavál of La Habana. In total the parade will include 34 floats, 23 dance and musical groups, involving 2000 people, 300 of whom will ride on the floats. Here is our video compilation from last year’s (2013) Carnavál parade:

Be sure to turn out early for either of the two parades, Sunday or Tuesday, as it’s great for photographs and video. The second parade starts at the Aquarium at 4:00 pm on March 4th, heading south to Olas Altas. Our video compilation of pre-parade from two years ago, below:

Over 30,000 people filled Olas Altas party zone Thursday night for the Chuy Lizárraga and Las Horóscopos de Durango concert, according to the Noroeste, and it is predicted 80,000 will attend the El Recodo concert on Monday night. I can personally attest that Thursday was wall-to-wall crowded. I can not imagine how 80,000 people will fit in Olas Altas. Be careful and stay calm and happy, everyone!

According to Mazatlán Interactivo, groups scheduled to perform in Olas Altas party zone this year, all beginning at 10:00 pm, include:

For a full schedule of events, visit CULTURA’s Carnavál page.