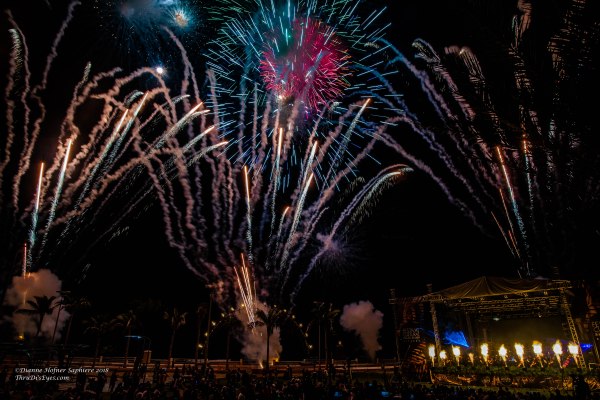 Those of us living in Mazatlán are incredibly blessed to have had the past seven years straight with our outgoing Cultura (Instituto de Cultura, Turismo y Arte de Mazatlán) team. Tuesday night in the brand-new Sister Cities Park was a very fitting send-off for this enormously talented and dedicated team of world-class professionals. While they thanked Mazatlán, hundreds of mazatlecos attended to give them at least three standing ovations. While I am hopeful the incoming crew will step up and shine, I can honestly say I am in mourning thinking that the people I so value and esteem at Cultura are leaving. Insert a big sob here.

Pasión por la Música was a musical and pyrotechnic extravaganza that included live music from the Camerata Mazatlán, Pércival Álvarez conducting, and the Angela Peralta Chorus, who performed a selection of pop, classical and rock music choreographed to a multimedia show (Karla you are amazing), laser lights (David Olvera) and incredible fireworks (Jorge Márquez, who has done Combate Naval in recent years). Raul Rico, who has led our public arts scene for nearly three decades—as director of Codetur, Cultura, and various other arts and cultural institutions, with a few brief breaks during administration changes—directed festivities from the center of the park, surrounded by those working the sound and light boards. Seated at tables in the background with wait service were the VIPs attending the current international tourism fair, including Governor Quirino. 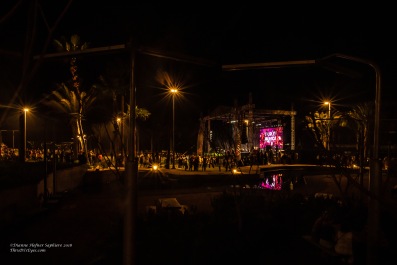 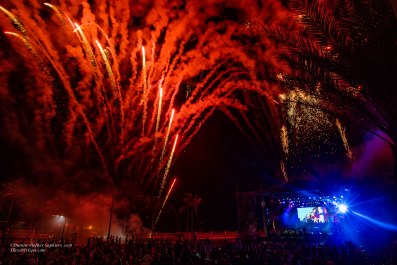 Carnavál is what it is today because of Raul Rico. He got involved in it in 1975 and has pretty much been in charge of it since 1987 (a few breaks with political shifts). He is Mazatlán’s own maestro de la alegría, master of joy. His goal has always been to grow the public, to bring arts and culture to the schools, to history, to people’s homes and hearts. And that he has done incredibly well. Under his leadership, Cultura events have grown to cover everything from opera and ballet to banda, norteña and folkloric dancing, art shows to book readings. Cultura puts on our annual Day of the Dead as well as Day of the Music festivities, the various cultural festivals, and so much more. Adults and children alike enjoy the performances, which take place in our gorgeous Angela Peralta Theater, Casa Haas, as well as in public parks, plazas, orphanages, libraries, or walking through the streets, downtown and in the farthest, poorest colonia. There is such a wealth of programming offered that no one person could possibly attend everything. Rico promises us he will remain actively involved in the arts and culture scene here in town; he will receive a pension for his over 25 years of service.

Cultura’s final administrative meeting reported that the current team is leaving 7.8 million pesos behind, 5.8 million earmarked for equipment for the Angela Peralta theater, including an LED screen, lighting console, firefighting equipment, interior communication and air conditioning for the galleries, and the rest to cover taxes and Institute operation for the next few months. The report details over 16 million pesos of investment into the theater under Raul’s leadership, and 900,000 pesos in instruments for the camerata. Last year they were responsible for 16 separate activities within the Tianguis Turístico, the national tourism fair, which dazzled the country and our international visitors. 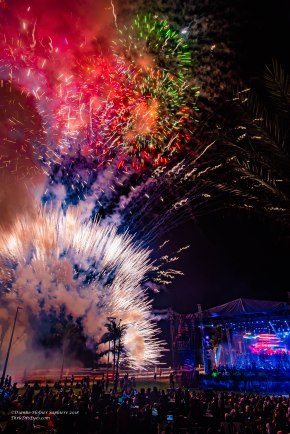 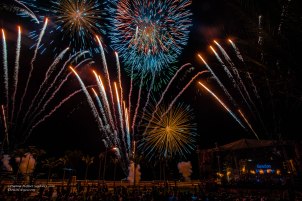 The new city administration takes over November 1st. Incoming mayor is Luis Guillermo Benítez Torres (El Químico), a member of AMLO’s Morena party looking to transform this country. He has named Mazatlán-born movie director Oscar Blancarte as the new Director of Cultura. I very much hope he will bring new life and vision to our arts scene, building on what we already have. Blancarte has publicly said that he wants to make Cultura more inclusive, more participatory, and closer to the artists, building on the work Rico and team have conducted, and that he will take a three-year break from his film career to head the organization here.

Thursday November 1, 6:00 pm in the Plaza República, our new mayor and his cabinet will be presented. Entertainment for the party will be provided by Jesús Monárrez and the Camerata de Mazatlán; my favorite, La Falsa Orquesta Cubana; and the Ballet de Danza de Ángel Rivera.

The callejoneada or parade for Day of the Dead will take place on November 2nd this year, due to the changeover in city administration.