One of the most common inquiries we get from readers has to do with how our son adjusted to the transition to Mexico. We’ve written about it before:

However, this time you can hear the story from the child’s perspective. Our son just returned home for winter break from his first semester at college in the States. He brought with him some sample homework assignments to share with us. One of them answers the question so often asked of us quite well. It is pasted below. He moved here with us after sixth grade, so he entered middle school/secundaria in Mazatlán and went on to complete high school/prepa as well. 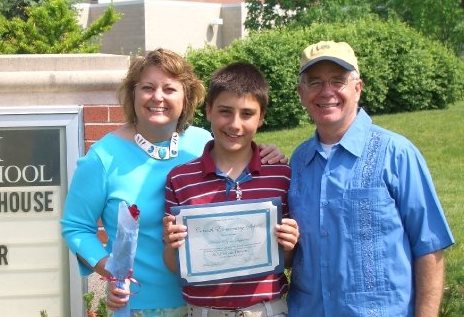 Just before moving to Mazatlan.

White, middle-class, and worriless: these are three adjectives that adequately describe my childhood. I grew up in a suburb outside of Kansas City, Missouri where I attended grade school. My neighborhood was quite homogenous; our only real source of diversity came from a third-generation Mexican family and another Jewish family that lived a few streets down. However, as a young child I never took notice of this.It wasn’t until the events that closely followed my sixth grade graduation that I realized how uniform my place of living had been.

The day was young as I left school on my bike. The shade of oak trees provided me with a sense of relief after spending a hot, sunny afternoon in gym class. Despite the coolness under trees, I worked up a sweat by the time I arrived home. My helmet latch made a snapping noise as I hung it on the handlebars and made my way through the garage. I walked in and commenced my homework.

Shortly after, the parental squad came in and communicated that they had something to tell me. “Danny, we’re moving to Mexico this summer.” What? Mexico? Had my parents gone insane? I liked my life here, it was comfortable and easy! All I wanted to do was attend the local high school and act like the kids on MTV. I didn’t speak Spanish; everything on CNN was about how much drug violence there was in Mexico. My parents had lost it. My protests that day and throughout the following weeks fell on deaf ears. They were about to ruin my life, and I could do nothing about it.

I remember my sixth grade graduation fondly. I used to be just some other kid, but now I was, “the guy moving to Mexico.” My friends worshiped me, similar to the way that most sixth graders are amazed by high school students. As I got up on stage to receive some pointless award that my mother had pushed me to strive for, I remember the deafening applause and cheers that fell upon me. Even though I didn’t consider most of them as close friends, the moment felt good. It made me forget my melodramatic reaction to moving.

Flash forward to first day of school in Mexico. Everyone was brown. People stared at me. My uniform pants were too baggy and my shirt too tight. It was so hot here. Nervous shakes, sweaty palms, no eye-contact. I found a desk in what would be my homeroom for the next year and managed to avoid talking to anyone. An older man walked into the room and jabbered for a few minutes. Something that sounded like a slurred Latin spilled out of his mouth. This liquid dialect poured into everyone’s ears and was understood by their brains. It wasn’t by mine. I tried writing down the sounds I heard in a notebook so that later Google might be able to help me translate something (a mostly futile attempt).

My first few days at that school were filled with terrifying moments. Whenever someone asked me a question, my voice would crack. Every time a teacher had me introduce myself in a god-awful icebreaker, I would feel vertigo as I stood up from my desk. I didn’t eat lunch for the first few weeks because I was scared. The idea of asking for what I wanted off of a menu I didn’t understand with a line of hungry, unforgiving teenagers waiting behind me was too traumatic. I tried hard to avoid any awkward situation or any circumstance within which I could be made to look a fool. As a consequence, I learned the cues of Mexican culture and the Spanish language much more slowly than I would have had I not been so self-conscious.

An incidental character in my transition to Mexican culture was another American student whose name was Misty. She was going through the same culture shock as me, so you’d think we’d become great friends, yet we didn’t get along. I heard once that things you especially don’t like about other people were the things you don’t like about yourself. Who knows if that is true, but it was definitely the case with Misty and me. Misty was just as lost and confused as I was, just as emotional, but she handled it very differently. She expressed her emotion, frequently running crying to the bathroom when she didn’t understand something. She only spoke English when people asked her questions.

What I admired about her was that she seemed unafraid to try new things. She did everything that I wanted to do but couldn’t because of my ridiculous self-consciousness. I instantly hated her for it. Over the years, Misty and I became friends. We now joke about how much we despised each other. She hated me because I seemed to be doing better than her. I hated her because she felt a freedom I didn’t permit myself. Our relationship was based on envy and it was poisoned because of it.

I’ve learned a lot since then, though. I don’t try to fit in and be cool anymore. Because of this, I am usually happier and make better friends. In the U.S. I had always tried to fit in and had succeeded at doing so. In Mexico, being like everyone else, as a foreigner, was impossible for me. I think that has been my greatest lesson from living in Mexico. Of course, Spanish will look great on my resume, and I’m sure growing up in cultural diversity and as a minority will permit me a different perspective on some subjects. However, overcoming adversity in Mexico was the greatest lesson for me. I learned how to stop giving too much importance to what others thought of me. Sticking out doesn’t make you an outcast. That is what Mexico taught me. That is what being a minority taught me. 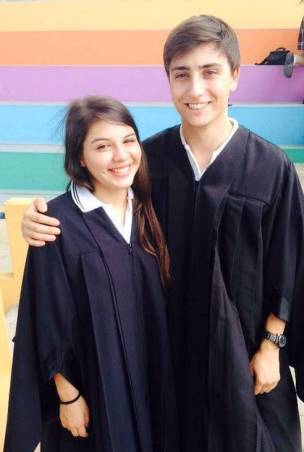 We hope this helps. Our son is wiser, stronger, and more resilient for having lived here. Good luck in your adventure!

I am proof that anyone can contribute to a blog. It doesn't matter what your background or experience or what you have to say.
View all posts by Greg Webb →