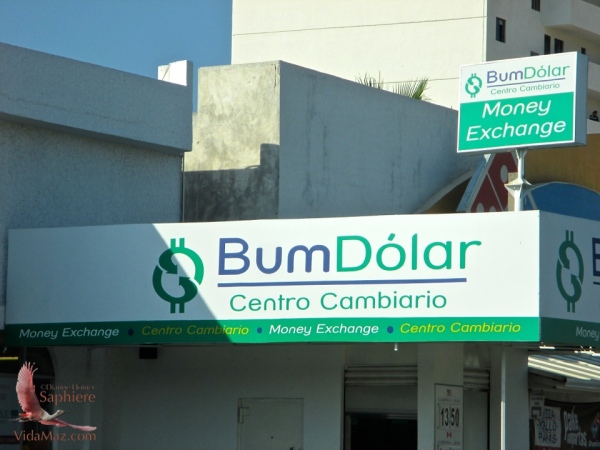 Does the above sign in the Golden Zone crack you up as it does me? Every time I see it, I have no choice but to chuckle. Why in the world would anyone want to trade in their pesos for bum dollars?! I’m so glad for this fairly new business, as it brings joy to my day every time I drive by.

In my world, exchanging money for bum dollars would mean getting fake dollar bills. Granted, the phrase “bum dollar” isn’t one I’ve heard, but it does logically follow a pattern (see the definitions below, from McGraw-Hill Dictionary of American Idioms and Phrasal Verbs). The people at BumDólar even advertise “the cheapest dollars on the planet!” 😉 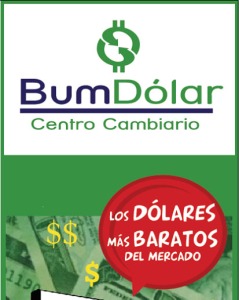 I haven’t used the BumDólar exchange service; they may be completely wonderful. I post the photos tongue-in-cheek. Sometimes things are just lost in translation. What sounds good in one language can be hysterical, or offensive, in another.

For years I’ve said that my ideal job is to be one of the people who laugh themselves silly while choosing brand names like BumDólar, Calpis soda, Barf detergent. or Shitto sauce. 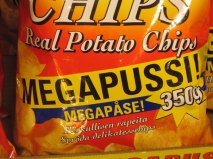 bum rap: blame or punishment that is not fair.
“Teachers are getting a bum rap from people who say they don’t work hard enough.”
“She was sent up to the penitentiary on a bum rap.”

bum steer: misleading instructions or guidance; information that is not correct< or not helpful; a misleading suggestion.
“Her suggestion to eat at that little Italian restaurant was a bum steer.
“I got a bum steer from the salesman, and I paid far more than I needed to for a used car.”

bum’s rush: hurrying someone out of a place.
“The young customer in the jewelry store was getting the bum’s rush until he pulled out an enormous roll of bills.”
“Bill got the bum’s rush at the restaurant because he didn’t have a tie on.”

bum someone out: to disappoint someone.
“This menial job really bums me out.”
“The bad movie bummed out the entire audience.”

bum something off someone: to beg or borrow something from someone.
“Can I bum a cigarette off you?”
“You can’t bum anything off me that I don’t have.”

bum around (with someone): to spend or waste a lot of time with a particular person.
“He used to bum around with Ted a lot.”
“They bummed around together all summer.

bum out: to have a bad experience.
“Are you going to bum out again tonight?”
“Man, is he bummed out!”

bummed (out): discouraged; depressed.
“I feel so bummed; I think I need a nice hot bath.”
“When you’re feeling bummed out, think how much you’ve accomplished.”

bums on seats: if a public performance or a sports event puts bums on seats, many people pay to go and see it.
“This production needs a big name to put bums on seats.”

the bum’s rush: the action of getting rid of someone who is not wanted.
“The photographer was given the bum’s rush by two policemen guarding the office.”
“Why do I feel I’m getting the bum’s rush? Where are you off to?”

Tell me, what are some of your favorite “lost in translation” phrases here in Mazatlán?

3 thoughts on “Lost in Translation: The Bum Dollar”