Many of us were heartbroken when La Copa de Leche left Olas Altas, mourning the death of a longtime favorite place reminiscent of Hemingway’s time in Mazatlán. We were then overjoyed to learn that Rico’s was taking over that spot. But what was taking so long? They worked on it for over a year.

As you’ve no doubt seen by now, the wait was worth it. Rico’s Olas Altas‘ space is gorgeous. You can sit outside on the terrace facing the street, inside in air-conditioned comfort, or on the interior patio, which even in this hot season is very pleasant. That interior patio would be a terrific private party spot. And the best is that they have a terrific chef—Rafael Gonzalez Medellín —serving a full menu alongside a complete bar tended by Edgar Sanchez, making Rico’s Olas Altas a truly European-style café.

Marianne Biasotti Fontes is the founder of Rico’s. One of our favorite local US Americans, she is fully bilingual, has raised three wonderful bicultural children here in Mazatlán in addition to her entrepreneurial prowess, and is married to popular local athlete and civil engineer, Rogelio Fontes Rosas.

On Valentine’s Day 2020, Rico’s will celebrate 20 years in business! Marianne tells me that they have put a “tunnel” on the north side of their new Olas Altas café and bar so that visitors will be able to see the kitchen in action along with the roasting of the coffee beans and the baking of the pastries. How cool will that be? She plans to open the tunnel for their upcoming anniversary.

The other good news? Rogelio has been heading up to the Sierras every weekend because they are planting coffee! He tells me it’ll take three years for the plants to sufficiently mature, but we will soon have locally-grown coffee! We asked about safety concerns up there in the mountains, and he told us that so far the local farmers have been happy to give up growing pot in exchange for coffee, as the bottom has evidently dropped out of that former market. Terrific news on all counts! I only had my cell phone with me, and I thank my friend Paco who has a Samsung phone with better quality camera, but you’ll get the idea. Click on any photo to enlarge or view a slideshow. 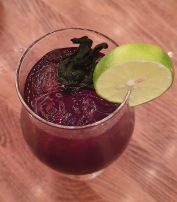 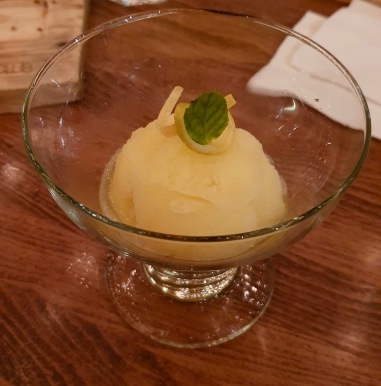 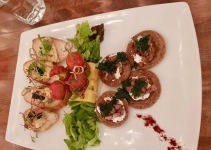 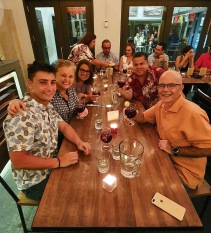 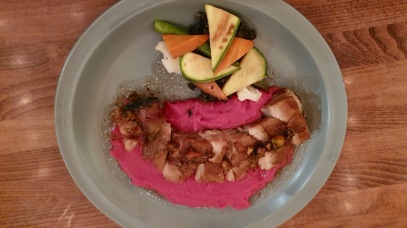 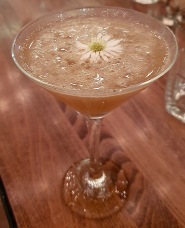 So, why was I down in Olas Altas learning all this great news? Because Rico’s put together a mezcal tasting dinner event that we attended with some friends. Oh my! The food was in-cred-ible! Honestly. The pancetta was to die for, appetizers out of this world… every course was really, really good. The first mezcal cocktail was also amazing—eucalyptus mint and smokey mezcal En El Campo garnished with a daisy. Kudos to the bartender as well! 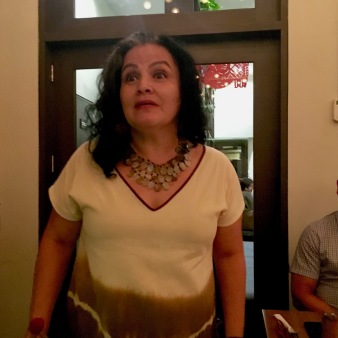 Angelyca
Norma Bañuelos from AylluClub, a Sinaloan living and working in Guadalajara, chose the mezcales and provided her commentary, including the differences between agaves and magueyes, tequilas and mezcales, mezcal history, varieties and regional peculiarities. We were also treated to some storytelling by Angela Camacho, who captivated us with legends from the Aztecs and our Sinaloan Yoreme.

Rico’s is planning a complete series of events for their anniversary year, including wine pairing dinners with Mexican wine experts, coffee cupping, guest roasters, and a mock barista competition so people can see how it’s done. They plan music at these events and will hold them in the various cafes. The dinners will be in Olas. Marianne tells me, “we opened as the only café in town: ‘qué es un cappuccino?’, mostly to tourists in El Cid, and I’m most proud of the fact that locals were introduced to gourmet coffee through us. Locals are now our main staple.” Don’t miss out; be ready to help celebrate! For 600 pesos this cena maridaje was an unbelievable value—outstanding food, drink, venue, service and company!