Jeweler to that stars as well as some of us mere mortal folk, Taxco-born Daniel Espinosa is Latin America’s most successful jewelry designer. He was in town today to honor nine Mazatlecan women with his VIDA Award (Values, Intelligence, Dedication, Attitude). Click on any photo to enlarge it or view a slideshow.

The honorees were selected for the many positive changes they have made in local society. VIDA awards have also been given out in Veracruz, Chihuahua, Morelia, Toluca and Tampico—locations of a few of the 75 worldwide boutiques the brand has opened in its 22-year history.

Awardees are well known in our community; many of us are friends with several if not all of them. But, somehow, it would seem we either don’t realize the extent of these women’s achievements and hard work, or we just accept it as part and parcel of who they are. Listening to it summarized this morning filled my heart nearly to bursting. I was so proud of my girlfriends, acquaintances, and those I had the pleasure to meet for the first time this morning. 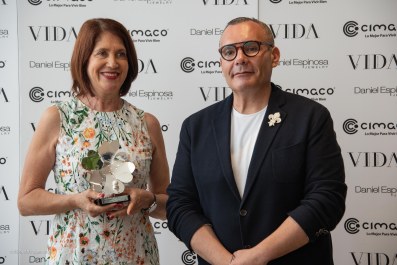 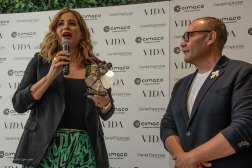 Below is a list of the winners. Congratulations and thank you to each of you, for striving to make our Mazatlán a better place in which to live, and for bringing our community recognition on the world stage. 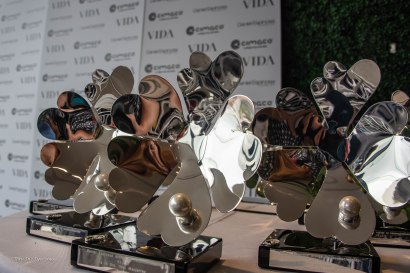 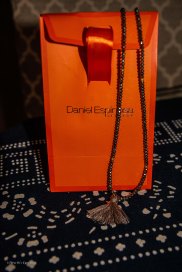 The ceremony took place in the event salon of Cimaco Gourmet; Cimaco carries Espinosa’s jewelry. Waiters passed a variety of breakfast canapés, coffee and mimosas. It was a very professionally orchestrated event. Those attending were treated to a terrific short video about the VIDA Award and the brand’s history; Espinosa gave a short presentation and then personally gave each winner one of the gorgeous custom-designed awards; and every woman attending was generously given a gorgeous memento as we left.