The premier of Noche de Luz was THE event of the season last year, showcasing to many in Mazatlán for the first time ever the inside of the old Observatory, as well as sharing with us a joyful amalgam of international music and talent. This year’s second edition of the outstanding event—put together by Raul Rico’s crew at Vivace Productions—made Christmas for many of us attending.

The view from the Observatory atop Lookout Hill is the whole of Mazatlán: south beyond Stone Island to north beyond Cerritos, including the entire city and port to the east and the best view of the lighthouse and the Pacific to the west. This is precisely why the conquistadores used this location as a lookout for English pirate ships approaching and intending to sack the city, and why the hill is called Cerro del Vigía. To me it’s the premier location in Mazatlán, and an incredibly gorgeously restored and decorated venue. Thus, I am over the moon to  know that it will soon open to the public as a museum! Click on any photo to enlarge it or view a slideshow. 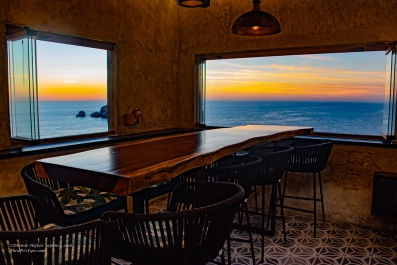 Cocktails started on the back patio at 5:00 pm. The wine was free flowing; there were a good variety of canapés. The concert started promptly at 6:00 pm on the front terrace, facing the lighthouse. The weather was perfect—fresh, not cold or warm—and the performers were more relaxed and joy-filled than last year. They seemed to feed off the energy of the sold-out audience. Those of us in attendance thoroughly enjoyed their animated emotions, vamping, and changes of accessories to suit the song. While we were not treated to one of Mazatlán’s signature jaw-dropping sunsets, it was THE best Christmas event one could ask for! My girlfriend and I came home singing and dancing, filled with the spirit of the season (and a bit of the wine). 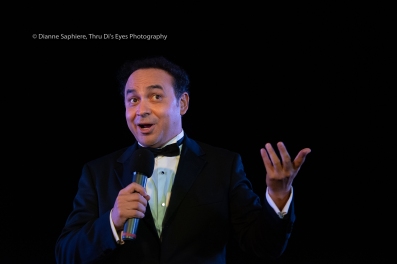 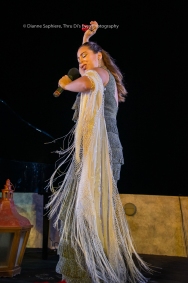 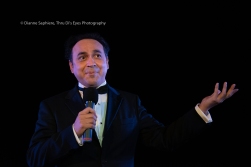 The performance was in four parts: Opera, perfect for these three incredible voices; Broadway and Hollywood, a terrific sing-along; Boleros, with much swinging and swaying in the audience; and Christmas songs, which served as the cherry on top of a perfect evening.

The boleros section of the evening was a magnificent tribute to three internationally famous Mexican composers with connections to Mazatlán on the 100th anniversary of their births. The singers delivered outstandingly animated and emotive performances of:

History of the Observatory
Mazatlán was named the first high port of the Pacific by the Court of Cadiz in 1821, and functioned as the largest and busiest Pacific coast port for decades, connecting the Americas with Europe and Asia. 52 years later, in 1873, the observatory was built primarily as a weather station and, until 1892, also operated as a lighthouse. The weather station’s first director was the engineer P. Acosta León. The building was designed by Friaco Quijano and originally had two cupolas—one on each side. In the latest restoration of the observatory, the cupolas have not been rebuilt.

Much of the history of the observatory has, sadly, been lost. I have read that ours was an astronomical observatory as well, the second such facility in Mexico—built just one year after the National Astronomic Observatory in Chapultepec castle. In 1882 astronomic observation around the world gained huge popularity, as Venus passed in front of the sun. Having spoken with Joaquín Hernández, local historian, our guess is that the astronomy aspect may have come in to teach the cadets at the merchant marine academy—also the oldest academy of its kind in Latin America.

The garden is populated with a score of peacocks

A bit of the interior

An old araña, the original pulmonías of Mazatlán 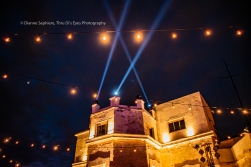 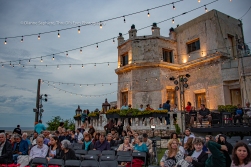 The event was sold out; here is the crowd just arriving from the cocktail. 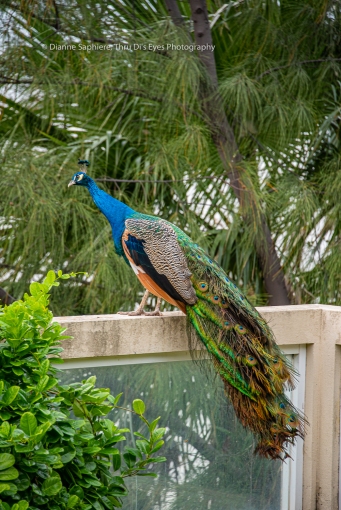 Some of the observation equipment

The building was destroyed by a hurricane in 1887. In the 1940s state-of-the-art meteorological observation equipment was installed. For most of its functioning history it was staffed by the military. In 1967 the weather station tools were moved to Juan Carrasco, in order to consolidate equipment from various locations. The observatory was abandoned. I remember visiting it as a tourist when it was accessible to the public, but very much in ruin—probably in the 1980s. It was a highly scenic abandoned structure perfect for photo ops! I absolutely loved going in there.

Nearly one hundred years after the observatory was built, Neto Coppel (owner of the Pueblo Bonito chain) bought four or so of the properties atop the hill and combined them, building a huge mansion and sealing off the observatory from public access. You could still get in on a private tour or if you knew someone, but the site was not generally accessible to the public for over a decade.

The old observatory remained private, and Amado and Karla Guzmán (owners of Red Petroil) purchased the entire property from Coppel, spending years fully restoring the antique observatory and planting beautiful gardens from which to enjoy those incredible views. The facility’s original bell, used to announce inclement weather to the surrounding city, still functions at the base of the stairs. The couple have added antique nautical furnishings, historical photos, comfortable dining and seating areas and a full bar; it is absolutely beautifully done and by far the premier location in Mazatlán, if you ask me!

For the past few years, if you knew the family you could arrange to hold an event in this amazing location. This past year the Guzman’s have built a tram or funicular from sea level to the top of the hill, to carry passengers and things more easily than does the winding road. It was used for the first time on Thursday evening and functioned perfectly. It will not quite yet open to the public, however, as there is a bit more construction of the building below to do.

The great news is that the Guzmán’s are planning to open the now-named Observatory 1873 as a museum! Access will be via the new tram. It will include information and items detailing the nautical history of Mazatlán as well as information on the history of the facility itself, as the first observatory and lighthouse in Mazatlán. There is no firm date yet, but we have another exciting new attraction to look forward to!