It’s nice to have friends who love photography, and who are birders. I’ve lived in Mazatlán all these years, I’ve made how many trips out in our bay in a boat, but I’ve never seen one of our famous blue-footed boobies. I have been longing to see them as they look so incredibly geeky in the pictures I’ve seen.

As of this morning, and thanks to friends with good eyes and birders’ instincts, that is no longer true! Below are a few photos of the funny little guys, out on Dos Hermanos Islands. Click on any photo to enlarge it or view a slideshow. 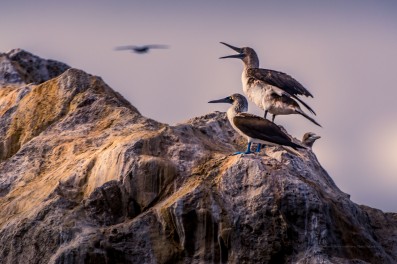 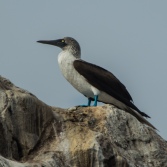 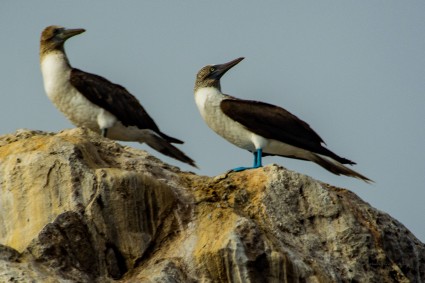 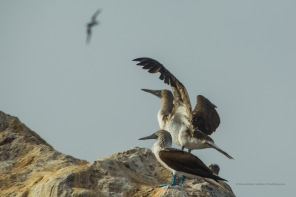 My friend John retold a legend I had heard several years ago and forgotten about. Do you know why the two white islands off the lighthouse are called “Dos Hermanos”? There were identical twin brothers, and both had girlfriends. They were both happy and healthy, and one day the brother proposed to his girlfriend. When she accepted and he told his brother, he also decided to get married, and they planned a joint wedding. On the wedding day they discovered—oh dear—that they were dating the same woman! She thought she was dating only one man, not realizing they were two brothers! The brothers became enraged with each other and challenged themselves to a duel, during which both died and fell into the sea. The woman then cursed them both to a life stuck in the sea, having birds defecate on them everyday. Poor guys. And that’s how we got our two white islands, lol.

This morning was rather foggy, which made for lots of changes in the light depending on whether the sun made its way through the fog or not. It seems to be sea fog, with plenty of blue sky above it, so when it clears it is nice and clear. I fell in love yet again with the rock formations out in our bay. The sedimentary layers, the colors, and the shapes are mesmerizing. In addition to Lion’s Head and Laughing Face, our guide today also showed us Trump Rock: complete with yellow cowlick above his face! 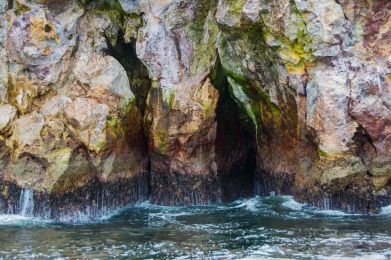 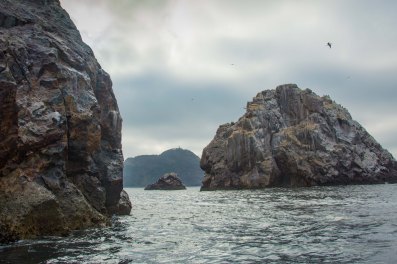 You will recall that for several years the sea lions abandoned Mazatlán. I fear they might do so again, as they get so harassed by fishermen and tourists. Today our boat pulled up pretty close to them, which scared me, but they didn’t seem in the least perturbed by us, fortunately. I do love these creatures, and I loved how the sky and the light kept changing as we went around Turtle Island. 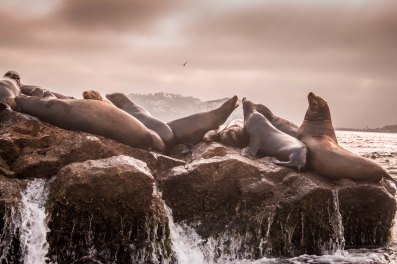 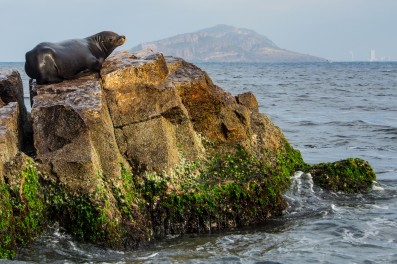 Behind the lighthouse we found a whole bunch of fishermen catching baqueta, which is a fish new to me. Online it translates to “ramrod,” which I don’t know in English, either. When I asked a guy to hold up one of them, he held up a pargo, as you can see. So, I guess I’ll have to google the fish. 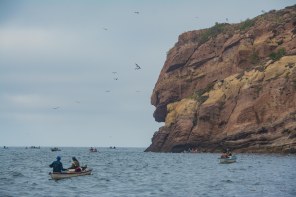 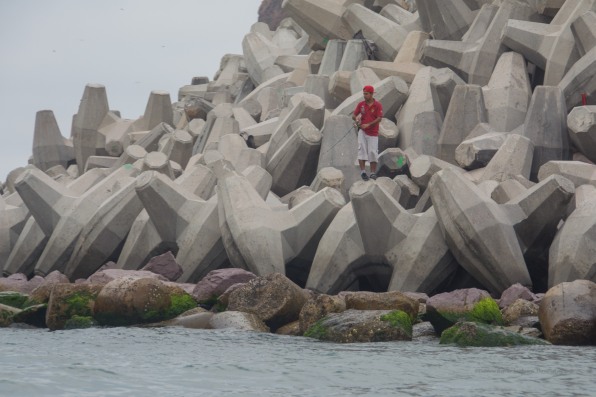 All in all, a great hour spent this morning with some good friends on the water, followed by a warm cup of cappuccino. Life does, indeed, get worse!