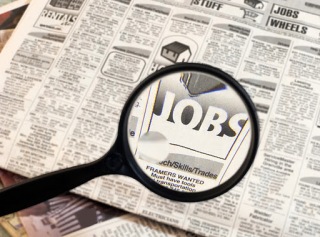 As most of you know, I endeavor to be respectful of other cultures. There are certain things, however, that for me are wrong regardless of how acceptable they may be in a given culture: genital mutilation, slavery, and corruption, to name a few.

Which leads me to an interesting cross-cultural situation I’ve been living recently. Two of my Mazatlecan girlfriends, while both still in their forties, are retiring very soon. I am sooo happy for them! They have both worked 20+ years in their careers and are fully vested in their pensions. They are both slated to receive a monthly stipend as well as ongoing, lifelong medical care. Hooray for their good fortune. And, interesting to me, both of them have “plazas” (“places,” “seats,” “positions,” or “jobs”) to give.

What does that mean, you might ask? Or, you may understand this practice better than me, in which case please help me learn! What I have learned from my girlfriends is that they each are able to give their plaza, or their “job,” to someone else.

My first example seems fairly straightforward. One of my girlfriends is fairly high-ranking in her government office. She is retiring, and she has a son who is about 20 and a bit lost. He’s dropped out of school a couple of times, he’s gotten in with the wrong crowd of friends, he has no idea what he wants to do with his life, though he is generally a good kid. She of course wants to help him in any way she can to make a success of his life. She has a plaza or job to give (sort of passing on her job to someone else when she retires), and she is giving that plaza to her son, who is now studying to receive his Bachelor’s degree (university). He will not literally step into her high-ranking position, but he will take an entry-level position in the office in which my friend worked, with a career path that will be similar to hers. Small business owners may dream of passing on their enterprises to their kids, but it’s nice to be able to gift your job to your child upon your retirement, don’t you think?

My other girlfriend is a public school teacher. None of her children want her plaza; they have other career aspirations. She has a neighbor whose mother died a couple of years ago from cancer. This young woman studied to be a teacher, but did really poorly on the qualifying tests. So, there’s pretty much no way that the young woman is going to be hired to teach, from what my friend tells me. Just as my girlfriend was ready for her last week of work, the young woman’s father approached my friend to ask if she’d please give his daughter her plaza. She agreed.

What this means is that, instead of retiring as planned, my friend is going to work 3-4 more months in order to have time to do all the necessary paperwork, so that she can give this young neighbor her plaza. Technically this is not “legal,” as I am told plazas should go to blood relatives only. But it is apparently very common practice. Many people, I’m told, even sell their plazas to the highest bidder.

I’m sorry. While I think it’s fantastic that my friend’s son can get a secure and well-paying government job, and I’m happy a young woman who’s lost her mother will be able to realize her dream of teaching, this plaza practice seems wrong to me. It seems a holdover from an earlier time. It doesn’t reward those who have studied and perform well. I do hope these two young people will thrive in their new roles and prove me wrong, prove that they were, after all, the best people for the positions.

In the meantime, I try to be as supportive a friend as I can be to my girlfriends. They have done their duty, and deserve to celebrate the completion of their careers. They have been told since early in their careers that gifting a plaza to one of their children would be a benefit of their jobs. They are players in a system that is larger than they are, a system I can hope will change to one more merit-based. We live in a world in which more people are educated and competent than in years past, when the system was perhaps first implemented.