We walk the malecón nearly every morning, and at least 2-3 times a week we stop to buy fresh-caught fish. Most local panga fishermen, as fishermen worldwide, seem to have a very difficult life. They work through the night and make very little profit on their catches. Shrimpers have also had a difficult time in recent years, with fewer shrimp to be found, smaller sizes, and lower prices.

This morning in the paper I read that one new fishing market is to catch jellyfish. There have been three new permits issued in Sinaloa state, each permitting the catching of two tons of jellyfish per day. Now, having lived for so many years in Japan, I love jellyfish, and have eaten a lot of it. But I have never heard of a Mexican eating a jellyfish, so the article caught my eye. Sure enough, local fishermen are harvesting jellyfish in order to sell them to the Asian market.

They are fishing for cannonball jellyfish, the same species that US fishermen harvest off the southern Atlantic coast and the Gulf of Mexico.

Jellyfish have been eaten in Asia for over a thousand years. They are a huge market; Japan alone annually imports over $25 million worth of jellyfish, and that’s in addition to what they harvest locally! Jellyfish have a high nutritional value. They contain lots of collagen and protein and no cholesterol; it’s believed jellyfish rejuvenate cells and restore one’s youthful appearance.

There is a very short (two months or so) fishing season for jellyfish. It seems local shrimpers caught cannonball jellies in their nets, and found out that they could market them to Japan rather than throw them back. While many species of fish and shrimp suffer from overfishing, this same overfishing has caused an overpopulation of jellyfish. For years Japanese have created new ways to use and eat jellyfish, since they were in such over-supply.

What has no heart, bones, eyes or brain, is made up of 95% water, and yet is still a remarkably efficient ocean predator? You guessed it! Eat up now! 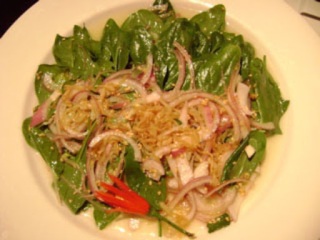 Couldn’t resist concluding this post with a jellyfish photo from this year’s Carnaval parade, lol!