I want a paramotor!!!

This past weekend (November 12-13, 2010) was an incredibly wonderful event which took place right in front of our house and highlighted the incredible beauty of our area : AeroFest. The weather was absolutely perfect, the sky blue and nearly cloudless, the tide out so there was plenty of beach on which to land.

Here is incredible footage taken FROM a hang glider, looking down.
The event was held on the malecón between Valentino’s and Avenida Insurgentes, and sponsored by the Tres Islas Hotel and Motel Association to promote tourism to Mazatlán. This year it included the national championship for Paramotors (powered paragliders). These incredible devices were new to me. They include a parachute and, strapped to the rider like a backpack, a two-stroke motor (looks like a garden blower) that powers a propeller. The riders look like something out of Star Wars. 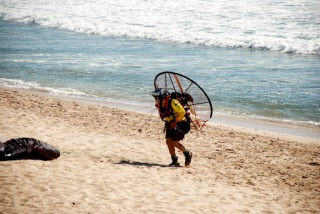 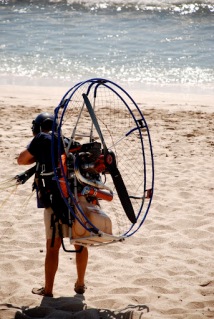 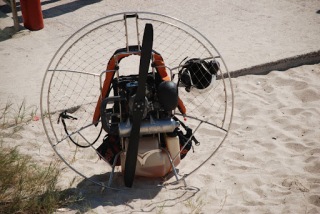 And, oh, they have soooo much fun! They can go high in the sky, they can turn corkscrews, they can swing, they can drag their feet in the surf. I’m told they cost about US$12,000, and require a week’s worth of classes to be able to pilot. I will be saving my pesos! 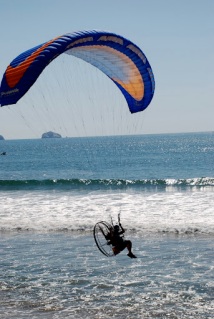 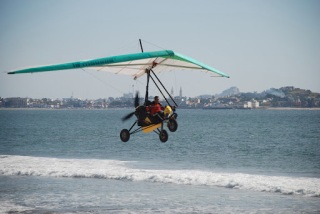 Also participating were ultralights, paragliders, and parachute jumpers. Pilots came from Venezuela and the USA as well as from throughout Mexico: Tijuana, Mérida, Cancún, Acapulco, Mexico City, Valle de Bravo, and Guadalajara. I have attended the Milwaukee Air Show the past couple of summers. It is much larger and really awesome: stealth bombers, Blue Angels. But the quiet, simple beauty and pure joy of this event, in such a gorgeous setting, left me thrilled. Thank you, Mazatlán! 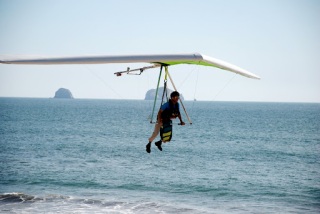 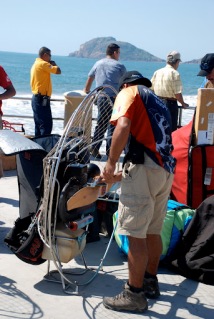 On Friday the 20 or so pilots practiced, beginning around noon. It was an incredible afternoon. Both the beach and the malecón were empty. We were able to see the pilots assemble their vehicles (is that what you call them?) and launch them. 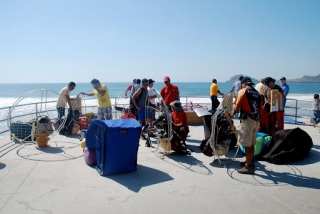 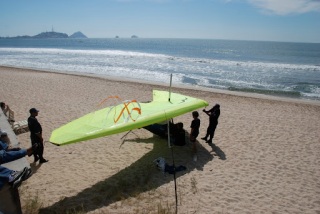 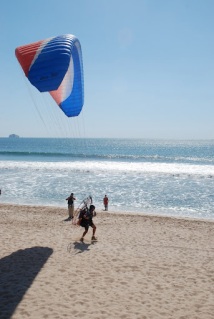 To launch a paramotor, you appear to hook yourself up to the parachute and to your motorized propeller backpack, run a few steps, take a little jump, and you’re off! They zoomed around and came in so close we could almost touch them, waving to us with their hands as well as with their feet. Oh it was fun! 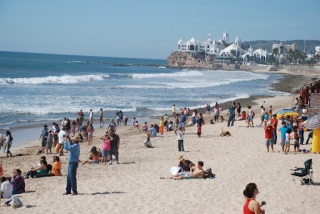 Saturday was the competition. There were many more people both on the beach and along the malecón, and several vendors selling ceviches, ice cream and fruit. There seemed to be more skydivers than on Friday, including a guy in a webbed suit. 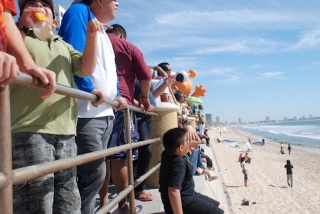 There were gliders with two riders, some riding side by side, front and back, and one even top and underneath his partner. 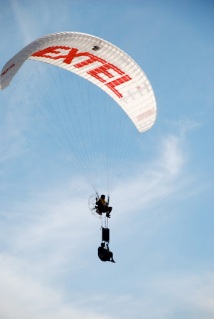 All the pilots sadly appeared to be men; gotta get some women into this! And, there were gliders trailing ribbons behind them, which looked really cool. 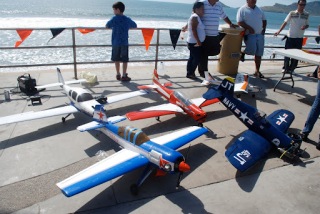 The big addition on Saturday was the remote controlled airplanes, which the kids especially loved. 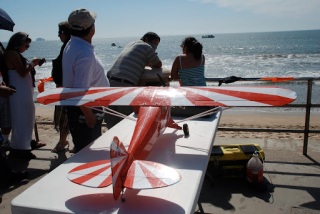 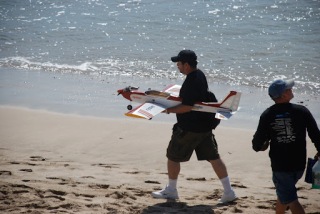 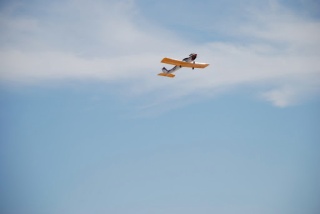