I was most fortunate to have to work in Mexico City on Friday October 18th. The reason? Because the following day was the Desfile de Alebrijes Monumentales, a parade of gigantic, whimsical and fantastical wooden folk art pieces made from papier maché.

This year at the commencement of the parade the giant alebrijes were named a Mexican cultural heritage—the only form of folk art unique to the old Federal District. Since they came to life from the imagination of Pedro Linares in the 1930s, a couple of pueblos in Oaxaca have made names for themselves by carving alebrijes out of copal wood. Click on any photo to enlarge it or view a slideshow. 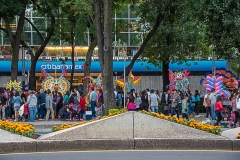 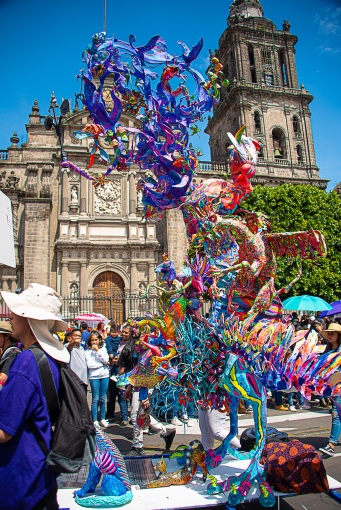 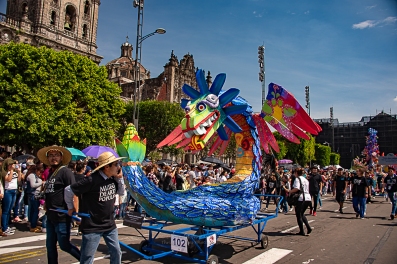 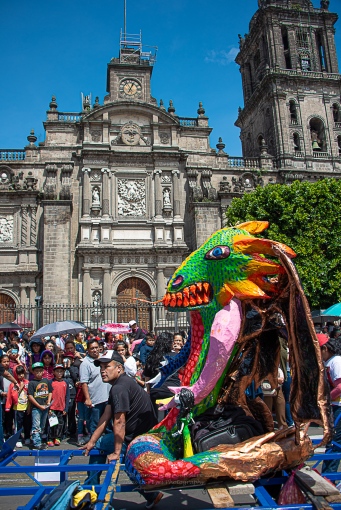 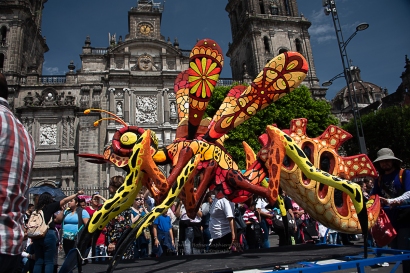 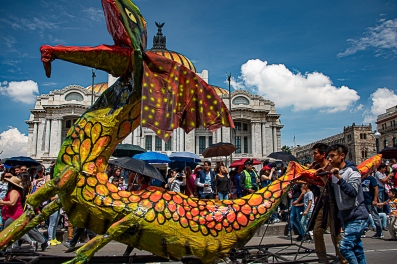 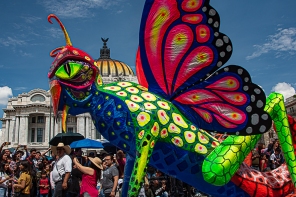 The parade included more than TWO HUNDRED handmade, monumentally sized alebrijes in fantastical shapes and colors. I was psyched to be able to photograph them in front of the cathedral and with the Palace of Fine Arts as a backdrop. After the several hour parade they “parked” the alebrijes along Reforma Avenue, and thousands more people were able to admire their beauty.

Many of the artists marched in the parade together with their works, as did many of the “hands” that helped build the incredible pieces. They honest to God took my breath away! What a great way to spend a weekend with girlfriends! 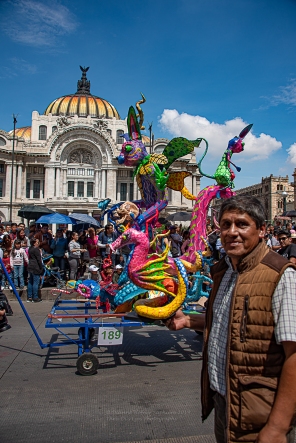 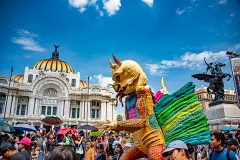 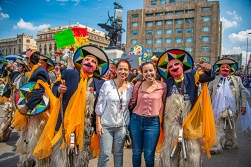 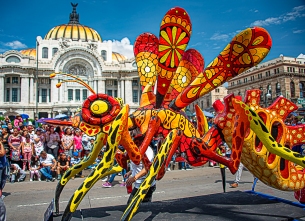 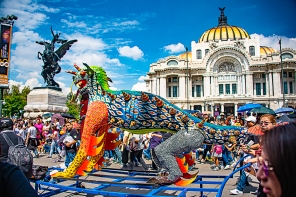 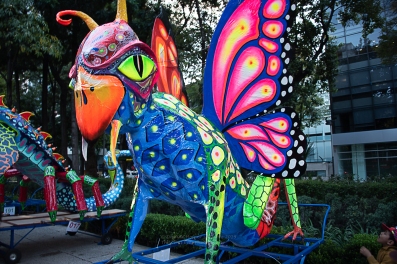 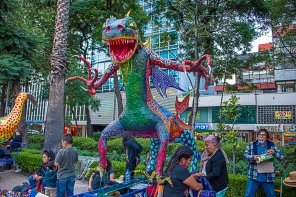 On the other side of La Reforma was a huge exhibition of skulls, called “MexiCráneos,” also very cool. The cempasúchil flowers were all out. I was excited to take photos of them with the Angel de la Independencia, but she is covered with scaffolding and under rehabilitation, and the flowers were full of thousands of people. So much for those gorgeous, quiet, no-people photos with the Angel in her glory!